This and That Newsletter
A Weekly Publication

To me, the Christmas holidays is the best time of the year.  There is so much to see and do, Christmas decorations, music, food, presents and everyone is just happier during the Holidays. Carter County Government held their yearly Christmas dinner last week at the District 3 Barn in Lone Grove and there was a record attendance, employees and their family members and friends. Everyone left with their tummies full and smiles on their faces. A great time for all in attendance.

And I want to thank those of you who have sent Christmas cards, emails, Facebook posts and gifts to Jill and I.  You are all appreciated and we wish everyone a Christmas blessing.

Paul Tucker, the Carter County emergency management director, received kind of an early Christmas gift this week from the State of Oklahoma.  A brand new emergency outdoor lighting system that raises to 30 feet and reportedly will illuminate several acres. I know this piece of equipment will come in handy in certain night situations for this county when needed by emergency services.

Picked up a sliced BBQ beef sandwich at Ernie's Meat Market in Ardmore this week.  It's my second one the past 30 days, and I can describe them both in one word.  Delish!

Q.  How many separate land regions can be found in the state of Oklahoma?
A.  10

The Ozark Plateau, in the northeastern part of the state, is an extension of the Missiouri and Arkansas landscape. It's marked by rivers with steep valley walls separated by broad flat areas.

West and south of the Ozark Plateau lies the region known as the Prairie Plains. This area produces most of the state's coal and a great deal of oil. Cattle graze on the Prairie Plains and farms in the Arkansas River Valley, east of Muskogee, produce spinach, beans, and carrots.

On the border of Arkansas, in the southeastern part of Oklahoma, are the Ouachita Mountains. These sandstone ridges, running east to west, form the roughest land in Oklahoma. Spring-fed streams run through narrow valleys between the ridges.

In the north central part of Oklahoma, extending south from the Kansas border to the Red River, is the Sandstone Hills Region. The Sandstone Hills are from 250 to 400 feet high. Some are covered with Blackjack and Post Oak forests. It was in this region that early oil development commenced in Oklahoma.

The Arbuckle Mountains comprise an area of about 1,000 square miles in south-central Oklahoma. The low mountains rise about 600 to 700 feet above the plains. Unusual rock formations have been created by erosion in the mountains. The area is used for cattle grazing.

The Wichita Mountains are found in southwestern Oklahoma.

The Red River Valley Region, in southern Oklahoma along the Texas border, is characterized by rolling prairie. Some forested hills can also be found in the area. The soil is sandy and fertile. Cotton, peanuts, and vegetables are grown in this region.

Map of the 10 geographical regions of Oklahoma

Q.  What Oklahoma town claims the biggest pecan pie each year?
A.  (answer in next week's T&T)

From This and That newsletter archives of December 11, 1999:

I've received a lot of things in the mail during my lifetime. But this week a cassette tape came to me that knocked my socks off. My cousin in Virginia, Don Bridges, wrote a song about Brown Springs in Love County! Don plays the guitar (like my dad did when he was young), and titled the song "Browns Springs At Night" on his album "Ardmore Afternoon". He and his friend, Doug Rainoff, plays the lead guitar and accompanied him. Its a great song! Some really good guitar picking! Here's the lyrics Don wrote:

Huntin' snakes where woods devour the roadway
Leeper Lake down by the Texas line
Set the bait, retreat into the darkness
Death in the park that hist'ry left behind

Their spirits still fight
In Brown Springs at night

Some mail from this week's MAILBAG.....

A Quantrill Raider Died in Ardmore OK; Explanation of his Fake Name

This Rush Springs, Oklahoma resident gave a fake name on his Oklahoma Confederate pension application because it was well known that he had ridden with Quantrill. He received his pension then died in the Confederate Home in Ardmore Oklahoma, and yes, his tombstone has a fake name.

Find-a-Grave. Thanks to the Find-a-Grave organization, a family member explained: "John B. Brady's personal story" on the web page devoted to this soldier. This family's Ancestry.com file shows photos, but shows no info from 1850 to 1870.

"Butch, if you find a way to change this from a jpg and make it shorter w/o all the pictures, I know MANY readers will truly enjoy it!"  -Susan Nance

See SLATE'S depiction of "The Great War: July 1, 1916: The First Day of the Battle of the Somme" by Joe Sacco on the following web page. It shows one of twenty-four panels that makes an "according." On the 1st page go to the bottom of the page and click on "Continue" then click on the yellow highlights.

Sacco, b-1960, grew up in Australia where schools make sure kids know about WWI, with a special holiday, etc. Sacco said he had studied WWI since he was a small boy then became a cartoonist. He was asked to design a diorama and this was part of the results.

Patricia Adkins-Rochette, 580-252-2094
1509 Shadybrook Lane
Duncan, OK 73533, www.bourlandcivilwar.com
BOURLAND IN NORTH TEXAS AND INDIAN TERRITORY DURING THE CIVIL WAR: FORT COBB, FORT ARBUCKLE, AND THE WICHITA MOUNTAINS "Dear Butch: Speaking of things that used to be here is an old favorite of many; Delaware Punch. I found a web site dedicated to the old soft drink." -Larry Paul
http://www.delawarepunch.org/ "Dear Butch: I loved your article on the Oklahoma, New Mexico, and Pacific Railroad thank you. I have a few photos of what was once the Ardmore Depot (3rd and N. Washington) of the railroad and I thought you would like to have them. They were taken in the summer of 2005. I would love to see this building declared a state or national historical site before it gets lost to history. Again thank you so much for your wonderful stories." -Larry Paul
http://oklahomahistory.net/ttphotos13a/ArdmoreDepot2005.jpg "Hi ya there Butch!!  Well as you know I live in the City of Galveston Texas and work at the University of Texas. In your last newsletter there was a posting of the building with the face on it, I have seen this many times and know a bit about the history of it. In my years here I know of 2 deaths that have been caused by the face. The first one drowned when backing their car up and went off the wall killing one person. The other was standing taking photos and fell off the wall and drowned. Here is a story on the face."
http://insidenanabreadshead.com/2012/01/30/a-monday-mystery-galvestons-infamous-phantom-face/ "The newsletter of the company that I spent a lifetime with. Some pictures are shown which I took in the late 1950's of the Big Canyon Quarry south of Davis, Oklahoma where I spent my first 13 years with the company."  -Happy Trails, Roy Miller
http://viewer.zmags.com/publication/718f1b22?page=106#/718f1b22/106 "Butch, - I first ran across your newsletter several years ago while I was trying to find information about "Col. Jim Eskew" and "Col. Cliff "Wildhorse" Gatewood" in whose rodeos I rode saddle broncs and bulls back in the 1940s. I was trying to get information for the book I was writing. I subscribed to your newsletter and have enjoyed it every week ever since. I am now 88 years old and have finally finished my book and it has been published. The name of it is "Adventures and Escapades with Friends, Foes and Renegades" Although it is available from Amazon and several other book outlets, the best place to buy it is from the publishers website http://www.SarahBookPublishing.com/ because they don't charge for shipping. You only pay for the book which is only $14.95. It has over 110,000 words and over 300 pictures. It has 342 pages. I just received an e-mail from a family friend and I quote her reaction below."  -LeRoy Overstreet

"Hi LeRoy - I bought a copy of your book (actually I bought 3 copies - one for me, one for the library and one for Stefan) Loved it! What a fun read! And what a life you have led -- whoo-eeee.......should be made into a movie--seriously."  -Beth Edwards, Librarian, ------- County Library

"Butch, I found a 1976 paper from Ardmore today and took photos of the ad's in there. Its a shock of how many businesses are no longer in Ardmore." -Doug Williams
http://winterfamily.smugmug.com/1976-Newspaer-Ads-of-Business/i-w7FmWq3

I hope everyone remembers when Christmas day comes next week, the true reason for the season.  Merry Christmas everyone! 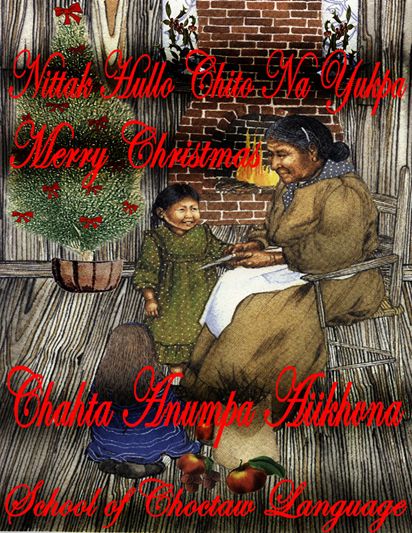 See everyone next week!

All previous issues of This & That can be found on my Website.
Feel free to forward this free newsletter. Mailouts: over 1,600.
To be removed from my T&T mailings, just send me an email.
I do not sell, trade or give my mailing list to anyone for any reason.